skip to main | skip to sidebar

well its over (mostly) 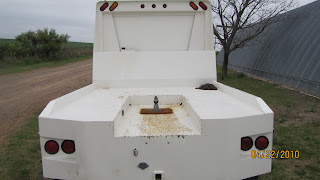 from down by the river side: well its over. We finally had our auction yesterday. Told just about everything good bye that wasn't nailed down here on the farm. Had several people ask what I'm going to do now. My response was "keep farming." I guess the only reason to have a sale is to do something different in most people's minds. We saw it as a way to clean house and do a better job at doing what we love to do - farming to help feed the world.
Me and Cranky want to say a special thanks to everyone who helped with the auction, who came and bought stuff and those who just came to visit. We appreciate having you over.
Here's what we did this past week. Mike, Kendrick, Maxton, Daddy and I were all about working the calves. We turned 58 of them loose on the Pickens/Richardson place. Hope they stay out of the wheat! We had to buy a new fence charger and install new ground rods to keep them where they are supposed to be.
Here's Mike givng shots to one of the "Cranky Steers" (he's getting good at that) 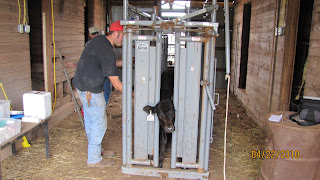 here's Maxton checking to see if we need more calves run up the chute. 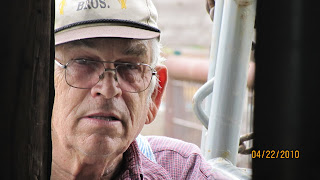 here's another "shot" of Mike: 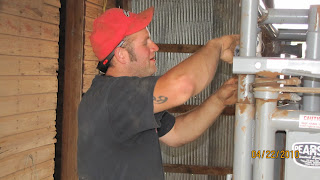 here's Kenny checking to see if Mike is staying in line: 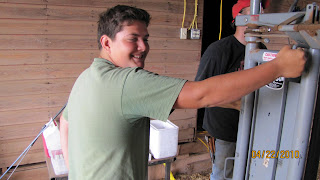 Posted by Rick and Jenn Payne at 3:17 PM 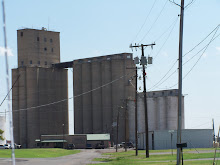 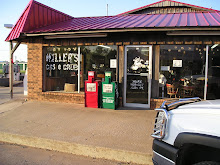 Maxton Slagell keeping an eye on the clouds.

wow...wettest August on record, now 2009 has started out with the third driest 2 month period on record. What a way to begin the winter season! Chance of moisture (snow) next week!

When the Frost is on the Punkin

When the frost is on the punkin and the fodder's in the shock,

And you hear the kyouck and gobble of the struttin' turkey-cock,

And the rooster's hallylooyer as he tiptoes on the fence;

O, it's then the time a feller is a-feelin' at his best,

With the risin' sun to greet him from a night of peaceful rest,

As he leaves the house, bareheaded, and goes out to feed the stock,

Of course we miss the flowers, and the blossoms on the trees,

And the mumble of the hummin'-birds and buzzin' of the bees;

But the air's so appetizin'; and the landscape through the haze

Of a crisp and sunny morning of the airly autumn days

Is a pictur' that no painter has the colorin' to mock—


The husky, rusty russel of the tossels of the corn,

And the raspin' of the tangled leaves as golden as the morn;

A-preachin' sermuns to us of the barns they growed to fill;

The strawstack in the medder, and the reaper in the shed;

O, it sets my hart a-clickin' like the tickin' of a clock,


Then your apples all is gethered, and the ones a feller keeps

Is poured around the cellar-floor in red and yaller heaps;

With theyr mince and apple-butter, and theyr souse and sausage too!...

As the angels wantin' boardin', and they'd call around on me—